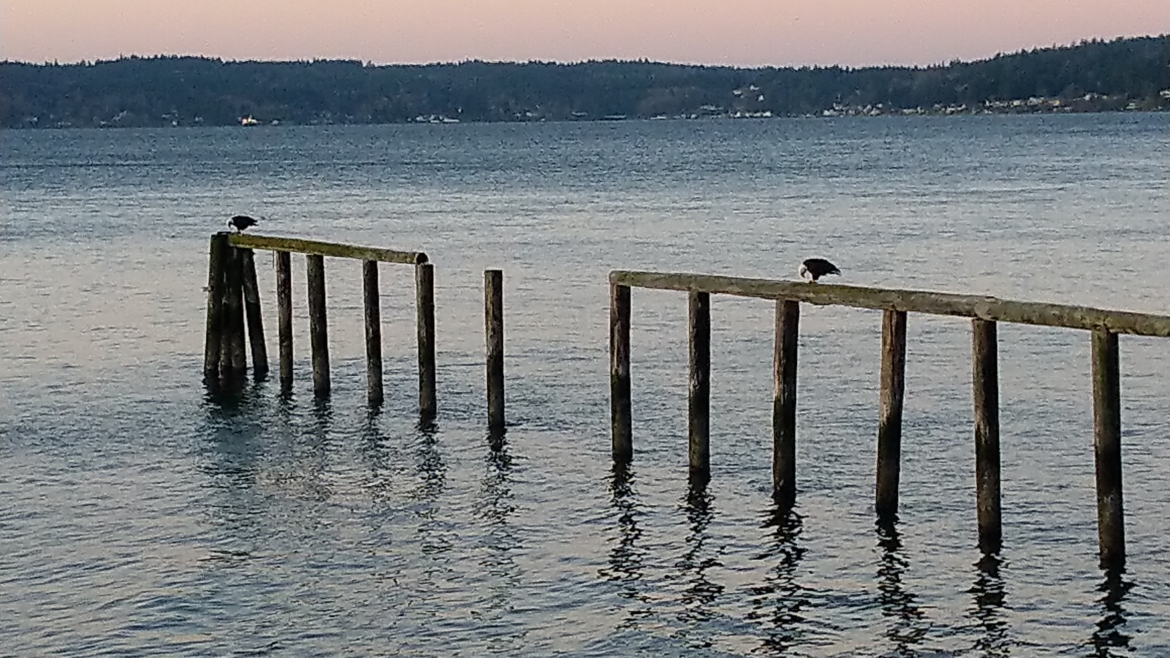 Moving to the PNW

There are many advantages to living in the great Pacific Northwest as both newcomers and lifetime locals can attest. One of the most amazing facets of life in Washington is the abundance and proximity of wildlife that permeates nearly every city in the state.

This may be a double edged sword to some. Hikers and campers, bikers, even people merely working in their yard would be well advised to keep an eye out for coyotes, bears and nowadays, cougars.

However, living on Bainbridge Island has brought me into close contact with one of my favorite animals; the majestic bald eagle.

I still recall the first time I saw a bald eagle. I worked in a repurposed textile mill in New England throughout the mid-eighties. The dam and waterfall behind the building had long ago stopped providing any power but the pond still held water and fish making it an attractive destination for local fishermen. It was also a favorite place for my coworkers to take their allotted ‘smoke’ breaks.

On a spring morning as I toiled away at my desk, one of our younger employees ran into the office with eyes as big as saucers. “Quick, come see – there’s a bald eagle out back!” he shouted and promptly ran back outside.

We employed some high school kids in those days, part timers willing to help out afternoons and weekends. I have to admit my first thought was, “This poor kid doesn’t know the difference between a bald eagle and an old beagle.”

You have to understand, at that time in lower New England ‘big game’ simply didn’t exist. Outside of the occasional deer sighting, the closest a suburbanite came to anything bigger than a poodle were the yearly, random reports of a bear, maybe a moose spotted in the far away mountains of Vermont or Maine. I had lived in the northeast my entire life and had never seen ANY eagle let alone our Nation’s symbol. The notion that a bald eagle was alive and well and right here in the suburbs of Hartford just didn’t make sense.

And so it was with a healthy dose of skepticism that the office workers followed the young guy out to the pond. He was right. There at the far end of the pond, sitting in the tree tops overlooking the water sat my first bald eagle. The dark body and snow white head were unmistakable. It was so profound it was eerie, like seeing a ghost or a unicorn. I wouldn’t see another bald eagle for a decade and a half and that was on a trip to Alaska where you expect to see eagles.

Fast forward 30 years and I find myself driving the coastal roads of Bainbridge Island. The island is inundated with amazing animals. On any given day, a glance out the window brings you into close contact with any number of creatures; seals, herons, deer, coyotes, cormorants, ducks, hummingbirds and of course, the bald eagle.

To date I’ve lived in two states in the northeast, the upper Midwest, the southwest and finally the great Pacific Northwest. And it is only this last one that is truly an ever changing tapestry of eco-diversity. Might have to stick around for a while. 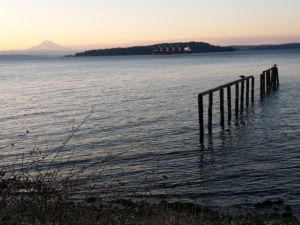 Buying a Home in Bremerton Wa.